“So, it has finally happened! The Google logo has changed!”

Just when the news of Sundar Pichai becoming the new CEO of the tech behemoth had gripped us tight, this new logo has arrived as another surprise (a rather huge one). Yes, this is the biggest ever update from Google in seventeen long years. So, what’s in store?

This is the most pronounced change in the logo. The typeface was earlier based on a serif wordmark. But now, it is a sans-serif one with a look that resembles a child’s immature handwriting. This new typeface has been given the name ‘Product Sans,’ which first made its presence felt in the company’s Alphabet logo.

And, do you know why Google chose this font? Well, because the glyphs can shrink and expand themselves to sizes that remain legible on any screen. Thus, the new logo can appear without breaks on a tiny wearable screen as well as a massive size TV.

It can also show up without a glitch on low bandwidth connections. This is why the over 14,000 byte logo has been squeezed to a 305 byte version. ‘Pixel-perfect’ is the term.

‘Sometimes, even the six letters might have to struggle to fit in a small screen,’ thought Google. And bingo! A compact, truncated version was introduced. The tech giant has decided to put forward a single ‘G’ that includes the four colours of its logo.

The ultimate aim is to make it appear in the scantiest of spots. Observe the favicon of the search engine. You will surely notice the logo – comprehensive and clear. Yes, it’s a cross-platform logo we now have.

The best update, however, is the logo turning dynamic. Yes, it has ditched being static and become animated for the sake of screens. Try calling Google to action and you will observe the six letters changing into four colourful dots. These dots will undulate calmly until you’ve put in a query.

Yet again, the dots will metamorphose into an equaliser, suggesting that Google is responding to your vocal cords. After you’ve asked your question, the equaliser becomes the dots again, this time spinning to present the search results.

Once the process is complete, the dots go back to being the six letters of the Google logo again. But, do you think all this is only about beauty enhancement of the logo’s look? Certainly not!

Instead, it is a way of assisting users throughout intricacies. The animation conveys the message that your query is being responded to, the interaction is happening, and Google is alive at the other end.

Well, the letter has always been tilted. But, this time, when the company introduced the new logo via Google Doodle, it made sure that the tilt was stressed about. And here’s what the designers had to say about it:

“Our new logotype is set in a custom, geometric sans-serif typeface and maintains the multi-coloured playfulness and rotated ‘e’ of our previous mark—a reminder that we’ll always be a bit unconventional.”

So, it this a Google of the future?

Google seems to be preparing really hard for the future. Long gone are the days when it used to be just a simple logo perched on top of a search bar. Today, it is a producer of operating systems for laptops, mobile devices and wearables. It is a manufacturer of products for smart homes. Presently it’s building automobiles that will go driver-less.

Even the ‘search’ with which you are frequenting every day, has become more intricate. The search engine is not dependent on the text entered. It can follow your voice and find you the results accordingly. It’s changing the way you are living life. The logo switcheroo is only a hint that there’s more coming.

Hold on. You are just about to witness a revolution.

Stay tuned for our updates

Get in touch with us, fill the given below form

Discuss with an Expert 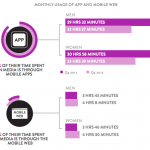